Napeequa Vintners Winery – The winery. The name. The pursuit.

The Idea of a winery, which was to become Napeequa Vintners Winery, formed in 2003 between then partners Dave Morris, Mike Mann, and Ann Hathaway. In May of that year, Dave met with Charles Smasne and Ray Sandidge, then of Kestrel Vintners in Prosser, WA Charles was acting vineyard manager and Ray was head winemaker. On that meeting at Kestrel Vintners, Dave was shown the winery, vineyards and was afforded the opportunity to taste through some selected barrel lots. That meeting forged an inspiration that would become the basis of Napeequa Vintners. 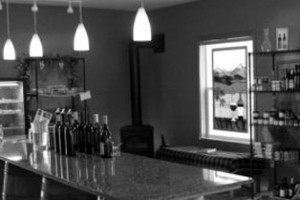 The following October, Dave, mike and Ann bought a half-ton of Syrah, Cabernet Sauvignon and Sangiovese from Kestrel and Charles’ own vineyard, to make a barrel each of the varietals. It was a stunning amateur effort.

In April of 2004, Napeequa Vintners became a bonded and licensed winery.

The winery chose its name from one of the most breathtaking and picturesque places in the Washington Cascades, the Napeequa River Valley. The valley name comes from the renaming by A.H. Sylvester (Wenatchee Forest District supervisor (1908-1931)) of the North Fork of the White River to the ‘Napeequa River’. The name is Salishan for white water, due to the river’s glacial silt.

In January 2010, Dave Morris became the sole owner of Napeequa Vintners. His passion and pursuit is to create wines without compromise. And to make the all-important connection between his wines and people who enjoy them.

“I have yet to make the wine that’s in my mind’s eye. And there lies the intrigue.” ~ David Morris, Winemaker.

Hours
The tasting room is open May through December, Saturdays 11 AM to 5 PM and Sundays 11 to 4 PM.